Once upon a time in a kitchen far far away, and in the not so distant past we were far more sustainable, fitter and left a much smaller carbon footprint – so what happened?? Well this happened, after the second world war consumerism became, and is still epidemic…

..we discovered another word and way of making money too called built in obsolescence… mmmm, OK, so what does that word mean, and surely we’re just talking progress here, right??

Planned obsolescence is the absurd practise of designing products with a limited lifespan in order to maximise profits. Based on the miss guided notion that infinite economic growth can be balanced by the resources of the planet.

Really, honestly, do we need an electronic knife sharpener or every new kitchen gadget on the market??  Sure, in commercial kitchens they rely on mechanisation because of staff costs, volume  of product to be produced and speed – but the home kitchen??

There will be  roughly 4.3 million more households by 2036 (Media Release) in Australia with kitchens, all buying white and brown goods – fridges and stoves! Lots of throw away kitchen gadgets and badly made electrical appliances – hey, more land fill or paddocks cover and house future industrial graveyards.

So I’d like you to stop and think about this for a while, what if we purchased kitchen appliances just once, purchased things to last, bought quality and included more hand operated items in the kitchen. This attitude will certainly cut the power bill down, give you a bit of exercise, lower that personal carbon footprint, and as we mentioned, a new concept to grasp, you buy things once, not a new one every year – I’ll give you some examples :-

I use one of these, a wooden cabbage/vegetable slicer all the time, why do you need and electrical gadget to shred cabbage and vegies, unless you’re making 3 tons of the stuff!!! They’re also built to last. Or what about this baby below, if you’re just prepping something small in the kitchen, a hand mixer is all you need? They’re easy to use and clean, and guess what? They run on elbow grease and last for ever! I have three of these and the newest one was made in the 1960’s. I also use a hand meat mincer in the kitchen, mine was purchased new about 8 years ago and again is built to last, it’s all cast, very easy to clean and if oiled regularly with vegetable oil and treated with respect it will out live me for sure!

There are a few to choose from as well, below is the one I use, called ‘The Porkert’, they come in various sizes and are easy to purchase locally, however I have a collection of over ten different mincers, and they all work and are used regularly for dog mince, making sausage meat and a host of other uses in the kitchen – kids find them fascinating too, but keep an eye on those little fingers :-

Other elbow grease, sustainable, low carbon footprint kitchen appliances include, a hand cranked butter churn, shown below, you can still buy them new, They’re easy to use and make butter brilliantly, and you know what you’re eating :-

Or what about one of these below, a hand cranked ice cream maker – lots of fun, I’ve got one of these too and they’ve been making these the same way for close on 80 years, mine is 20 years old, they’re such a simple, sustainable device – I’ve enclosed the link too :- 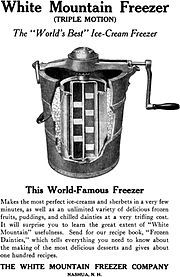 Also why not grind your coffee fresh when you need it?  We do, just buy the beans and grind your own, by hand, there again there are plenty of appliances to choose from – from oldie worldy ones to crisp and modern :-

These are very handy in the home kitchen too, the bean, carrot slicer – there again well made, simple  to use and will last a lifetime. I’ve enclosed an old one too, as the design has changed little of the last 100 years…

Cheese grating is something we all do in the kitchen all the time, and yes there’s another electrical gadget for that too – you don’t need it, just get one of these!

This is another hand operated machine I use in the kitchen all the time when jarring fruit, it’s a hand operated apple peeler and corer,  its just an amazing piece of engineering and was invented in the 19th Century!

It looks the same as the original doesn’t it? 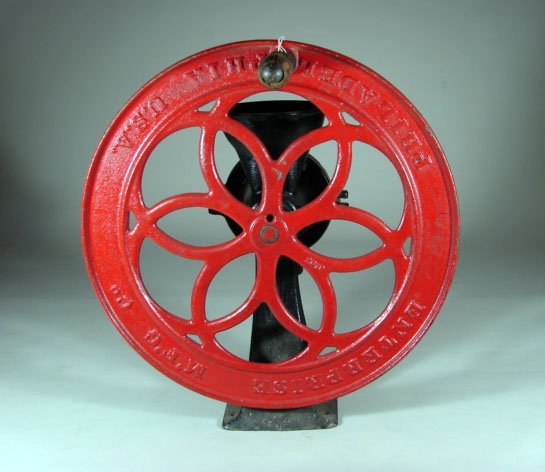 The corn grinder and grister is another item worth having in the kitchen, for cracking corn or feed for animals or just making great homemade flour, the one above is about 100 years old and I have one of these in my kitchen and it works brilliantly – In fact this model was road tested on this blog through You Tube earlier this year – check it out!! Also why do you need and electric kettle at home??? Use the gas or electric hob like I do, you’ll have more bench space too.

Re white and brown goods, buy quality that lasts, spend the money, and no you don’t need an electronic ice maker just buy a couple of these and go to the sink and fill with water and slide into your freezer.

And don’t buy a huge fridge with a big freezer, learn to jar, preserve and ferment your food too, this way you will have cupboards full of food not a fridge crammed full of stuff you can’t find, that grows new life forms and freezer you’re finding meat in that goes back to the 90’s! You don’t need a microwave either in the kitchen, as they kill your food and most are used for defrosting or warming cups of tea anyway. We don’t have one and never will have one  – you really just don’t need these things cluttering up your kitchen. Just plan your meals and defrost naturally, and drink your tea when its hot!

Re elbow grease in the kitchen, think of the money you’ll save, the fun you will have, the appliances you’ll only buy once, a smaller electricity bill, less landfill, a much smaller carbon footprint and you’ve joined the ranks of the sustainable army around the globe..

So remember, this word, sustainability – it’s one of the most important words in the dictionary and something we must all embrace for the planet and the kids of the future.

Now where did I put that hand operated cherry pipper???

This site uses Akismet to reduce spam. Learn how your comment data is processed.

Marinating Online
A Stairway To Fashion

imagination is the key

This WordPress.com site is the cat’s pajamas

This WordPress.com site is the bee's knees

This WordPress.com site is the cat’s pajamas

Welcome to the craziness of my mind...